What Did You Use Your Rebate For?

The available 2020 rebate funds have all been claimed; however, you can read the stories of customers who upgraded their propane systems or converted their homes from another fuel, to see how much you can benefit from having more propane in your home or business.

Here are some of the folks who took advantage of our rebates, and how they’re feeling about it. 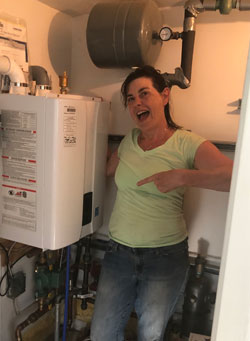 Living on a barrier island between Long Island and Fire Island, Dawn Daisley has always seen propane as the way to go for fueling her home. “Propane is great for so many things,” she said. She uses propane for heating her home, for her hot water supply and for cooking.

Before upgrading her propane boiler, Dawn spent about $2,600 on repairs to her old system. Realizing she was in a losing battle with a too-old (and loud!) system, she decided to upgrade to a new, high-efficiency propane boiler. Once the new unit was in, she said she felt an immediate difference, one she describes as “a 200% improvement.”

She also pointed out an unexpected improvement. “I noticed that it’s much cooler in the closet where the propane boiler is kept. It’s ventilating much better and so much more efficient.”

Daisley was especially impressed with the attention to detail in the installation job. “The installer should probably do jewelry on the side,” she said. “He did beautiful work. The old boiler was rattling—I didn’t know if it was going to break,” she said. “This one is as quiet as a kitten purring.”

Daisley is also pleased with some of her new propane boiler’s features, including a wireless tank monitor. “It has WiFi, so when I go away I’ll be able to check on it.”

Daisley said she is looking forward to lower bills and a quieter winter ahead. 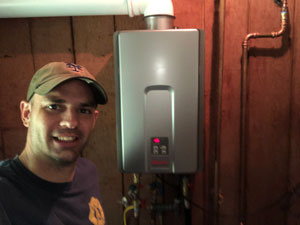 When Eric Orth bought his second home, it came with a boiler that he described as “an absolute disaster.” “I just wanted to take everything out and start from scratch,” he said. “We replaced the old unit with a new propane system. I got rid of the baseboards to get a cleaner look for the house. It gave some more space too.”

Since then he has added a wall-mounted tankless water heater and propane stove. Orth has been pleased with both the performance of his tankless system as well as the size. “It’s cleaner; it’s more efficient,” he said. “It doesn’t take up a lot of room. This is a small cabin so I need all the room I can get. Not having a giant water heater is pretty helpful. It’s nice to be on demand. I’m not wasting money keeping a water tank hot when I don’t need it. It comes on when I need it.” He’s also a fan of the propane stove’s even heating.

“This is not my fulltime residence,” he said. “It’s a lot easier to winterize with fewer components. I see cost savings, propane is clean burning and it’s fuel efficient. Propane is awesome—thumbs up.” 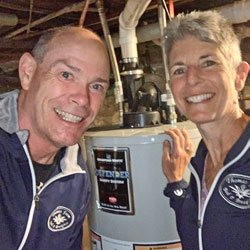 Happy Guests in Ithaca, Thanks to Propane

Looking for the cleanest possible option for their business, the highly rated Thomas Farm Bed & Breakfast, Rich and Nancy Belisle decided to double down on propane. “We wanted to minimize the greenhouse gases, and from all of our research, propane was the way to go,” said Rich.

The process has been gradual: they started with a gas insert for their stove almost two years ago. Last October, they had a propane-powered generator installed. This summer, they added a propane water heater.

“It’s a small bed-and-breakfast — we have five rooms. But if all five rooms are using their showers at the same time, the last thing you want is people to run out of hot water.” The couple looked to propane to guarantee that this wouldn’t be an issue.

“To both of us, it was a no-brainer,” Rich said, about the decision he and his wife made to convert to propane. “We’ve reduced our footprint, and it provides the comfort we need to offer our guests.” 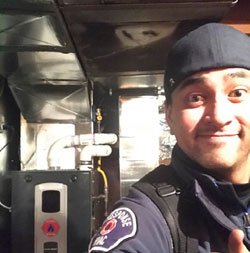 Time for a Change in Kingston

When Matt Colangelo decided it was time for a change from heating oil, he looked to propane.

“My oil furnace was old and very loud when the oil burned,” he said. “I was able to purchase a high-efficiency propane furnace. This is more economical, and I like the idea of the propane being an eco-friendly option.

“The whole switch took just a couple of hours. The new propane furnace is a lot quieter.”

Matt saw an immediate drop in his bill. “I’m saving a fortune using my energy-efficient system. I’m definitely paying less than I expected.

“Converting was one of the best decisions I’ve made in a long time,” he said. “Propane has improved my home and my property value.” 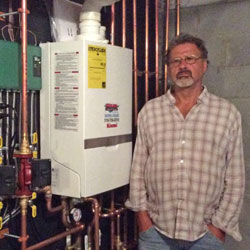 A Fresh Start in Greenville with a New Fuel

With an aging oil tank and a desire to modernize their house, Mike and Katherine Schlenker decided to make the switch to propane.

“I thought propane would be more efficient and cleaner,” Mike said, “and I like that the tank isn’t in the basement.” (Their underground propane tank holds 500 gallons, and is away from the house.)

“We also put in an on-demand water heater — tankless — and that’s nice,” Mike said. “It never runs out.” The propane unit is wall-mounted. “It looks like a piece of art,” he said. “Plus, we’ve freed up a lot of room in the basement.” 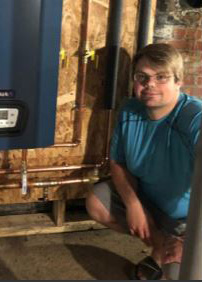 “We had fuel oil before, and we were looking for a new boiler. One of the local propane companies came out and gave us a quote and told us about the rebate for converting.

“We have an 1886 farmhouse that we bought a few years ago. When we first moved in, the cast-iron radiators were a steam system that was converted to hot water, and we had two boilers: a fuel oil boiler and a coal boiler that was still hooked up but condemned.

“The new propane boiler is more energy efficient. It runs at a much lower water temperature, but it heats the whole house just fine.”

“I bought my home in January of 2018. That November, the oil furnace blew out. So, we decided to switch to a propane furnace. It was cold, and my baby wasn’t even a year old yet. But three days later, we had a propane furnace and heat. Everyone at the propane company was super helpful!

I would recommend anyone in a situation like this to apply for a rebate. I’m definitely happy with using propane instead of oil. I know it’s a more energy-efficient way, and the heat is a lot different. It warms up our house a lot better. It’s saved us money. It doesn’t have that oil smell. I really appreciate everything NYPGA did to make this possible!” 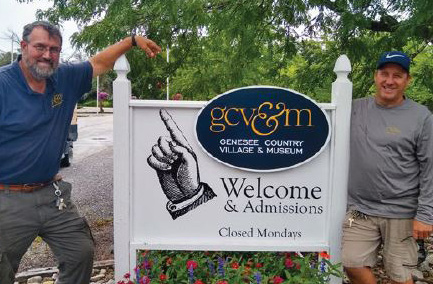 This organization reaped an instant reward by replacing a worn-out oil furnace with a new, high-efficiency propane furnace and also added a new propane water heater for extra savings.

“We have 60-something houses on our property with oil furnaces that are probably from about 40 years ago,” said Royce Flickner, facilities manager. “A lot of them are rotting out, so we’re trying to switch these over to more efficient propane furnaces. When you have a large organization, you can imagine how big the heating bills can be.

“Our propane supplier told us about the rebate, so we applied for it, and we’re looking forward to doing more improvements when the rebates go back into place again.”

Keith Hollis, a carpenter at the museum added, “Our CEO recognized that we’re going to get money back on this and long-term we’ll be saving money.”

Rebates aren’t the thing to get excited about–these people are just happy they switched to propane! 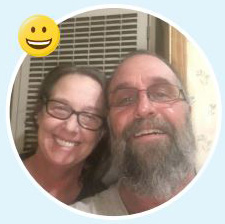 Rob M., of Barton, New York, had an oil furnace for years before he switched to propane. We checked in with him to see how things have gone since then.

“For starters, I’m saving on fuel, because I have a much more efficient furnace now,” says Rob. “And propane is much cheaper than kerosene.” Rob had an outdoor oil tank and needed to fill it with a kerosene mix so the fuel wouldn’t gel in the extreme cold.

“I’m just delighted. I got that ugly oil tank out of the backyard and I don’t have the fuel smell anymore. It’s just great, I love it.”

Rob also took advantage of the available rebates through NYPGA. “I feel like I won the lottery. After I submitted all of the required paperwork, I had a rebate check in the mail in a few days. I’m so happy now, that I’m thinking about replacing my 20-year-old water heater next.” 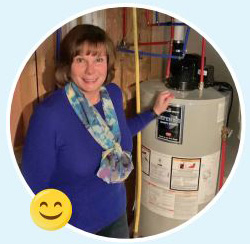 Rosemary R., of Waterville, New York, is another convert to propane, and doesn’t make any bones about it. “I would like to say that I am absolutely thrilled with being able to use propane,” she says. “We had fuel oil, and besides the cost, the entire unit didn’t work efficiently. But now I feel really happy.”

A few years after converting, Rosemary also ended up replacing her water heater with a new propane unit. “Our water heater had vented through the chimney, but we had problems with the lining. Our propane company was able to put in a unit that directly vented outside, which was the most efficient and practical way to go, and it’s worked out great too.”