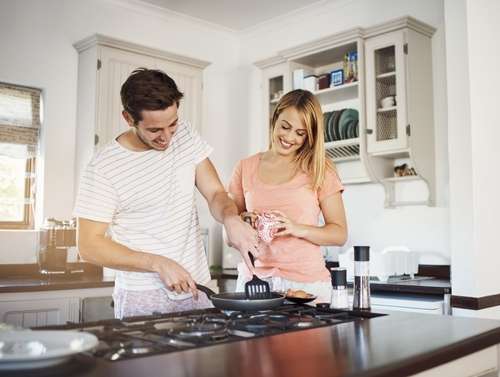 After you get a propane delivery or turn on your gas appliance, do you ever stop to wonder where that propane comes from in the first place?

Propane was identified as a volatile compound in gasoline in 1910. Over the years, business leaders and scientists have worked to make propane the viable fuel source it represents today. The process itself of making propane has evolved over the last century or so. Today, there are two primary ways propane is produced.

Propane can also be created during the process of crude oil refining. There are a lot of products that can be derived from crude oil refining, including gasoline, diesel fuel, kerosene, jet fuel, heating oil—and propane as well. During the stabilization phase of the refining, the heavier hydrocarbons fall to the bottom. But propane, being a lighter hydrocarbon, is at the top and it’s easily extracted.

Propane: An American Made Fuel

Because propane is created through the processing of natural gas and crude oil, it is a fuel that is largely a domestic product. In fact, about 90% of the American propane supply is generated right here in the United States!

Getting Propane Gas vs. Natural Gas

Natural gas can only get to your home through an underground pipeline. If something goes wrong with that pipeline, you can’t get any gas. Propane gas is easier to move around because it gets compressed, or squeezed until it turns into a liquid. It is then put inside tanks and your propane supplier delivers it right to your home’s propane tank.

It’s similar to the air in a car tire, which gets squeezed to about two or three times the normal air pressure. But the gas in a propane tank gets squeezed about 100 times more than that. This is why even a small tank can deliver a lot of propane gas.

Adding to the Mix: Renewable Propane

While renewable propane is not widely available yet, homes and businesses all over the U.S. will eventually be able to easily use it. Since renewable propane is molecularly identical to conventional propane, there will be no need to replace or alter existing propane appliances and equipment.

This method of producing propane is as safe, cost-effective, and dependable as that for propane generated from natural gas. And when compared to electricity, renewable propane has a considerably smaller carbon footprint.