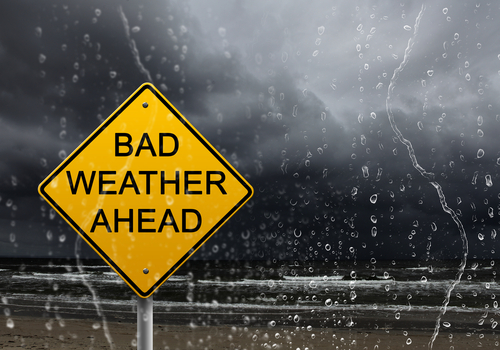 The Atlantic hurricane season a couple years ago turned out to be destructive and deadly, which ranked that season as among the top 10 most active on record.

Hurricanes usually lead to power outages. But what you may not know there are quite a few other reasons you might lose power. This includes earthquakes, flooding and aging infrastructure.

According to data, in 2014 there were 3,634 power outages in the U.S., which affected over 14 million people. That’s 12% higher than 2013 and 285% more than 1984.* Despite the trend toward more outages, backup power sources among American homeowners is reported by only 27%, despite the financial and emotional toll a power outage causes.**

Why aren’t backup generators in more homes? Most homeowners claim the main barrier to be the initial short-term expense. A recent study revealed that not having any backup power can be more expensive in the long-term. In a two-year period the average homeowner, in fact, will be disrupted by 3.5 power interruptions. And each of those power outages can cost $1,250 in spoiled food, lost wages, eating out, damage to electronics and temporary relocation costs.***

A standby generator for your home is such a smart investment. While some of your neighbors remain in the dark when the power gets knocked out, a generator keeps your lighting, heating, cooling, refrigeration and other essentials, including medical equipment, sump pumps and security systems, not to mention having the power to charge all the phones in the family!

How To Choose A Generator

Think about a propane-powered generator first if you’re ready to purchase one. Other fuel sources can’t match the advantages of propane.

Propane is the ideal stand-by power fuel. It doesn’t degrade over time like diesel or gasoline. Generators fueled with propane also produce less noise and much fewer emissions than diesel or gasoline generators.

Your propane generator will start automatically within seconds of the power going out if it’s permanently installed–similar to an outdoor A/C unit–and supplied by an aboveground or underground tank. Propane generators are available in a variety of capacities to fit the needs of any size home in New York.

To learn more about propane gas generators, please contact New York propane company and they’ll be glad to help and give you expert advice.