A Look at What Influences the Propane Gas Markets 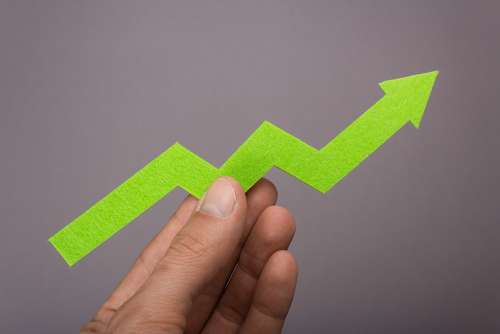 Higher propane prices can be frustrating and downright painful at times. But try to take comfort in the fact that propane remains one of the most cost-efficient ways to heat your home and fuel your appliances. Propane does all this while reducing carbon emissions at the same time.

Plus, historical trends have shown us that, when it comes to prices, what goes up must come down. It’s just a matter of when. For all local propane companies and the industry in general, the feeling is, the sooner the better.

You may have noticed price swing trends with propane tend to be more moderate compared to heating oil, gasoline, and other fuels derived from a barrel of crude oil. The retail price of propane is 27% higher than last year, while heating oil, when compared to a year ago, is up 76%, according to state data compiled at the end of March 2022.

Electricity is no bargain either. New York is ranked among the top 10 states with the highest average retail price of electricity in the residential sector, coming in at 19.50 cents/kWh. To put that in perspective, the U.S. average electricity rate is 13.75 cents/per kWh.

Propane: A Domestic Form of Energy

One of the strengths of propane is that it is a completely domestic form of energy.  The U.S. actually exports about twice as much propane to the rest of the world than we use in our own country.

Even though propane is still priced in the world market like oil is, this abundance of domestic North American supply gives us supply security and helps moderate the pricing in the U.S.

In contrast, crude oil–while we produce a lot of it here–is still an imported product as well, and we still get it from some countries that really don’t like us very much.

The combination of high demand and lower-than-average inventory is always a common driver for higher propane prices. While you may just think of propane demand for home heating and appliance use, it goes well beyond that.

As an example, global demand for propane has risen because of its increased use as a petrochemical feedstock, the vast majority of which are derived from crude oil and natural gas. These petrochemicals serve as the basis of many end products, including plastic, paper, adhesives, and detergents. Petrochemical manufacturers are the largest consumers of propane.

Global demand for U.S. propane has remained steady despite higher U.S. prices because international prices for propane and other feedstocks have also increased, according to the Energy Information Administration.

Here are a few more of the multiple factors that can affect the price you ultimately pay for your propane.

Before the start of the war in Ukraine in late February, all energy prices had been rising in anticipation of the potential sanctions that could be levied on the Russian energy sector if the country went ahead and invaded Ukraine.

Russia carries clout because it is the third-largest petroleum and liquid fuels producer in the world, behind only the United States and Saudi Arabia. It’s a major exporter of both crude oil and natural gas.

Even the hint of a possible disruption in energy supply will heavily influence the buying and selling done by commodities traders. In the frenzied world of investment, this is known as the fear factor.

When Russia eventually invaded and the U.S. placed a ban on Russian imported oil and petroleum products–with other countries expected to follow–that meant there would be a big energy void to fill. Those who make their living in the energy markets don’t like that uncertainty. This includes the speculators who are betting on price moves as well as the hedgers, who are limiting risk for their clients who are involved with either the production or consumption of oil.

Many people don’t realize that the U.S. is a large exporter of propane, and that export business continues to grow. This is good business for the large wholesale propane suppliers, but it increases demand even further in an industry that traditionally doesn’t store huge quantities of propane at once. Many propane suppliers are obligated to provide the quantity of propane they’ve committed to export, leaving even less of propane inventory for domestic consumption.

If a reduction in supply occurs during a time of high demand, such as the colder months, a scarcer market develops. When a cold snap is especially extreme or lasts longer than usual, this scarcity gets further compounded. People may start to panic buy, similar to what we saw at the start of the pandemic with the toilet paper shortage.

And it’s not just cold temperatures that can increase propane demand. Heavy rains during the agricultural growing season create bumper crops that need to be dried rapidly, in great volume. Propane is among the fuels used for crop drying. Propane consumption in corn-producing states typically rises in September and October with the corn harvest, followed by a larger rise related to space-heating needs in January.

Other Factors That Influence Price

Long-time factors that have always influenced where propane prices go include proximity of supply, transportation bottlenecks, energy policy, and manufacturing trends. More recently, these issues have also come into play:

We don’t know where things will go from here, but if history is a guide, we can expect to see prices drop pretty significantly in the not-too-distant future. And nothing will make your local propane company happier than when prices return to normal.

Until then, trust your propane supplier to look out for you, and let’s hope that—regardless of what happens with energy prices—we will soon be living in a more peaceful world.